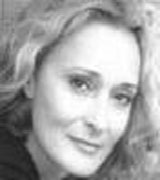 Actress Eleonore Weisgerber among Germany for years the best-known television faces." They played in countless television films and series such as "Tatort" and is available as Chanson renal regularly on the stage. Also the actress engaged bipolar disorders in their Foundation "in balance" for more information on the subject. Eleonore Weisgerber Foundation supports as SchrittMacherin Tom Wahlig since April 2010. "More..."

"As an actress I am often in the light of the public." A man off the television cameras, it is therefore particularly important to do something for the people in our society in the shadow of me. These include people who suffer from chronic diseases. Education is needed for rare diseases such as HSP. The admirable initiative Tom Wahlig Foundation is an important step I like mitgehe. "Because only through all our solidarity and support of research we reach people with HSP no longer play a subsidiarity in medicine and society, but given the attention they need to improve their situation."